In  2011 the Museum received an extraordinary gift of over 300 architectural plans from Cindy Holloran, widow of Gloucester architect Robert T. Holloran. These plans range from designs for private dwellings such as Isaac Patch’s East Gloucester Cottage to municipal buildings such as the Maplewood Avenue School. They also include the original 1870 plans for Gloucester’s City Hall by Bryant & Rogers, obtained when alterations to the Hall were contemplated in the 1920s. 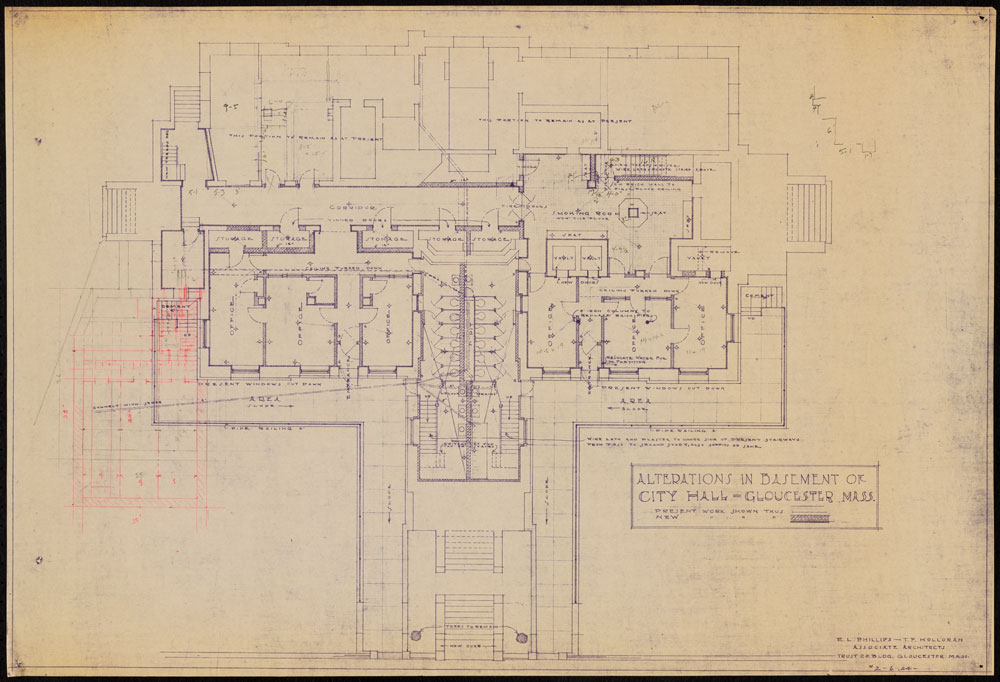 Robert T. Holloran, who died in 2008, was the third and last member of a firm of local architects that began when Ezra L. Phillips opened his Main Street office in 1894, later to became the firm of Phillips and Holloran.

Ezra L. Phillips (1870–1937) was born in Gloucester, the son of Washington Square residents. His business interests were many and he was variously vice-president of the Gloucester Safe Deposit and Trust Co.; treasurer of the Cape Ann Anchor Works, the Russia Cement Co., the Gloucester Coal and Lumber Co. and the Rockport Granite Co.; and director of the Cape Ann Savings Bank and the Cape Ann YMCA. Timothy Francis Holloran (1883–1966), also born in Gloucester, was one of nine children of Irish immigrants. He was apprenticed to Ezra Phillips as a draughtsman around the turn of the century; by 1918 he had achieved the title of architect and became a partner in 1926. Timothy F. Holloran designed many of the Bass Rocks “cottages” as well as the Prentiss House at Addison Gilbert Hospital. 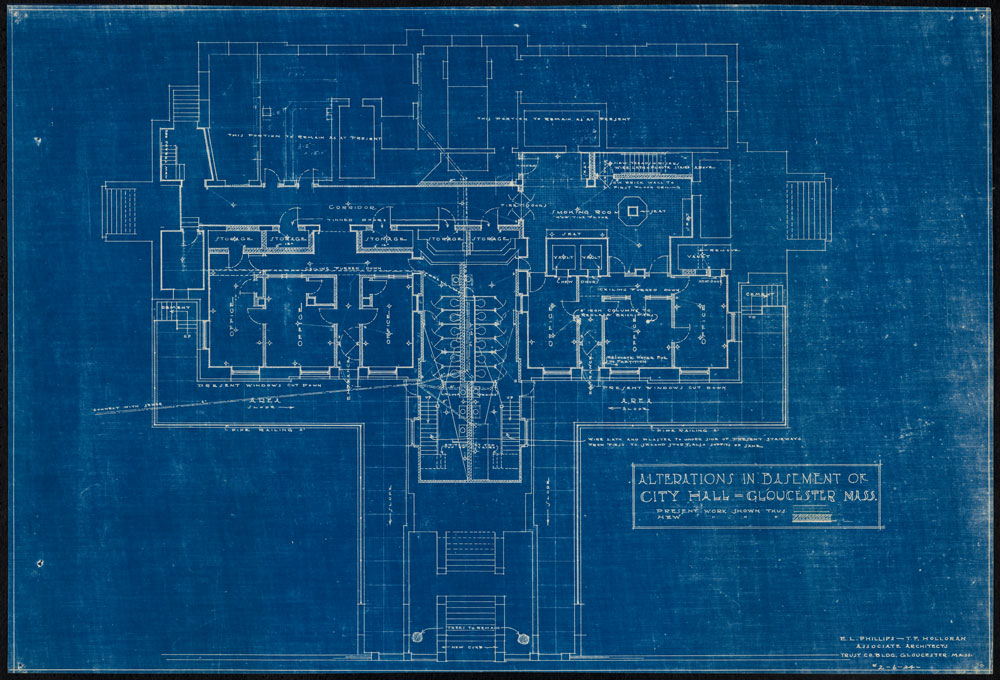 Timothy’s son, Robert T. Holloran (1919–2008), obtained a degree in architecture from Wentworth Institute in Boston and joined his father at the Gloucester-based firm. Among the many buildings they designed were the Beeman School, the addition to Gloucester High School, and the Bay View Fire Station. Robert later joined the Boston firm of Shepley, Bulfinch, Richardson and Abbott. When Ezra Phillips died in 1937, the plans he had so carefully and beautifully created were kept and added to over the years, first by Timothy Holloran, and later by Robert Holloran. None of the three ever threw a plan away, and the Museum and its visitors, are much the richer for it.

In 2012, the Boston area architectural firm McGinley Kalsow & Associates, together with the Gloucester City Hall Restoration Committee, donated funds to digitize the original City Hall plans drawn in 1870 by another Boston architectural firm, Bryant & Rogers. In 2013 the City of Gloucester awarded the museum a $10,000 CPA grant to conserve these original plans and to conserve and digitize plans of alterations made to City Hall in the 1920s and 1930s. A selection of these images is displayed here.