As the City of Gloucester and all its residents, past and present, embark on the community’s 400+ anniversary year, it’s a good time to look back and, at the same time, to look ahead.  Here at the Cape Ann Museum, that’s an exercise we do frequently and always with great joy and amazement.

In 1932, 90 years ago, the staff of what was then the Cape Ann Scientific, Literary & Historical Association, retrieved several museum-owned objects from the attic of the Sawyer Free Library.  They had been stored there while the Museum secured its first permanent home, something that was achieved in 1925 with acquisition of property at 27 Pleasant Street.

Among the items brought out of the Library attic was a sealed metal box which, according to labels on the outside of it, contains an American flag from the Poles Hill Association, raised for the first time on the Hill in May 1861.  Instructions on the box say that it is not, under any circumstances, to be opened until the 500th anniversary of the first English settlement in Gloucester—2123!

Poles Hill is undeveloped open space, a ceremonial landscape and an astronomical observatory located in Gloucester’s Riverdale neighborhood.   City-owned property, the site is closely associated the Indigenous peoples who inhabited this area before the arrival of European settlers.  When the Civil War broke out in the spring of 1861, citizens across Cape Ann showed their support for the Union by raising flags from key promontories including what came to be known as Banner Hill in East Gloucester, at Magnolia Hill, at Fort Defiance (the Fort), and on Poles Hill.  The staff which held the flag at Poles Hill was reported to be the tallest one in town, standing 100 feet with a gilt ball perched on its top.  A flag, sewn by “the ladies of Riverdale,” was raised up the staff with great ceremony on May 3, 1861.

The rather nondescript box containing the Poles Hill flag is the only time capsule in the possession of the Cape Ann Museum.  While it is tempting to peek inside, the Museum will honor the wishes of those who put it together and wait patiently for another 100 years. 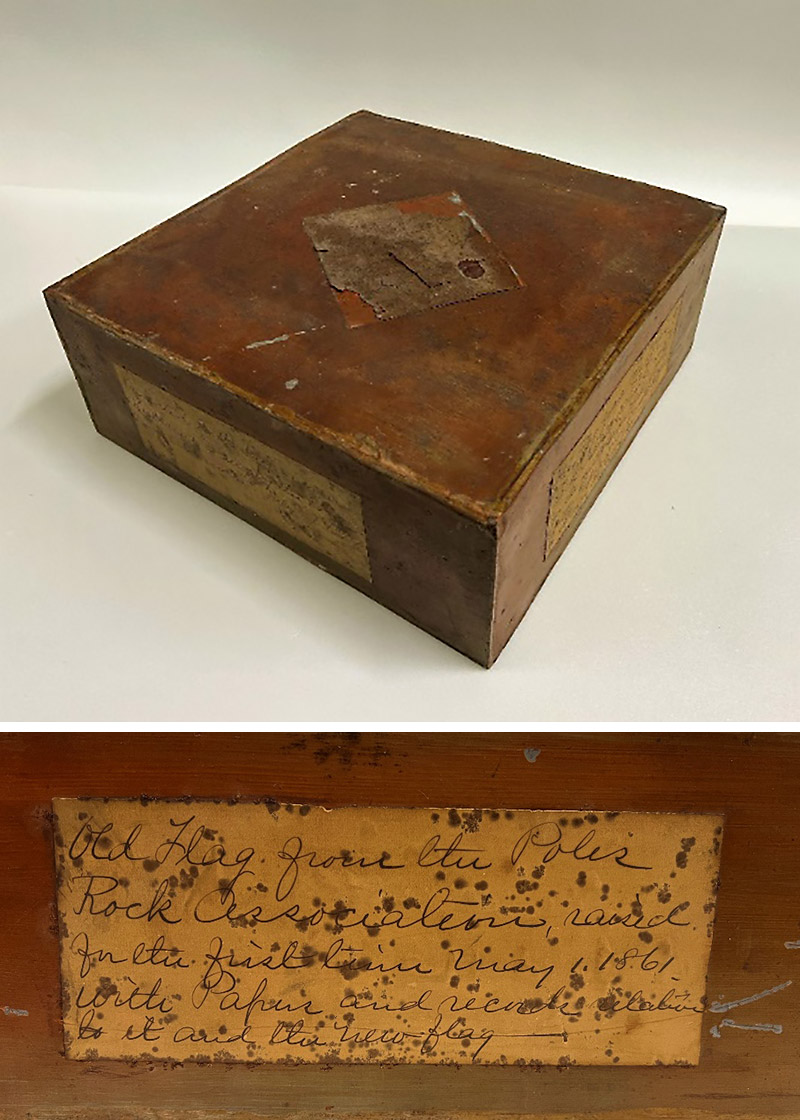 Time Capsule containing a flag first flown from Gloucester’s Poles Hill in the spring of 1861. Collection of the Cape Ann Museum [Accession # 646.9]