“The Race It Blew” and the Hovey Cup

Despite the many fishing schooner races and subsequent regattas memorializing them, none can compare with the first one. Variously called “The Anniversary Race” (Gloucester’s 250th anniversary), “The Hovey Cup Race” (for Henry S. Hovey who donated the trophy), and “The Flying Fishermen’s Race (of 1892), it was best known by readers of James B. Connolly’s stories of Gloucester fishing as “The Race It Blew.”

Sailed in the teeth of a gale on Friday, August 26, 1892, with no thought to postponement, ten schooners in two classes crossed the starting line off Eastern Point. Only five finished, the rest withdrawing due to damage. The race course was laid out between Eastern Point and Davis Ledge, close by Minot’s Ledge Light at the southern entrance to Boston Harbor. On the outward leg, sailing downwind, Halfway Rock off Marblehead and a mark boat off Nahant were to be passed on their west sides. The return leg lay dead to windward, sailed in three long tacks: two inshore, one offshore, ending in a short tack to the finish line. 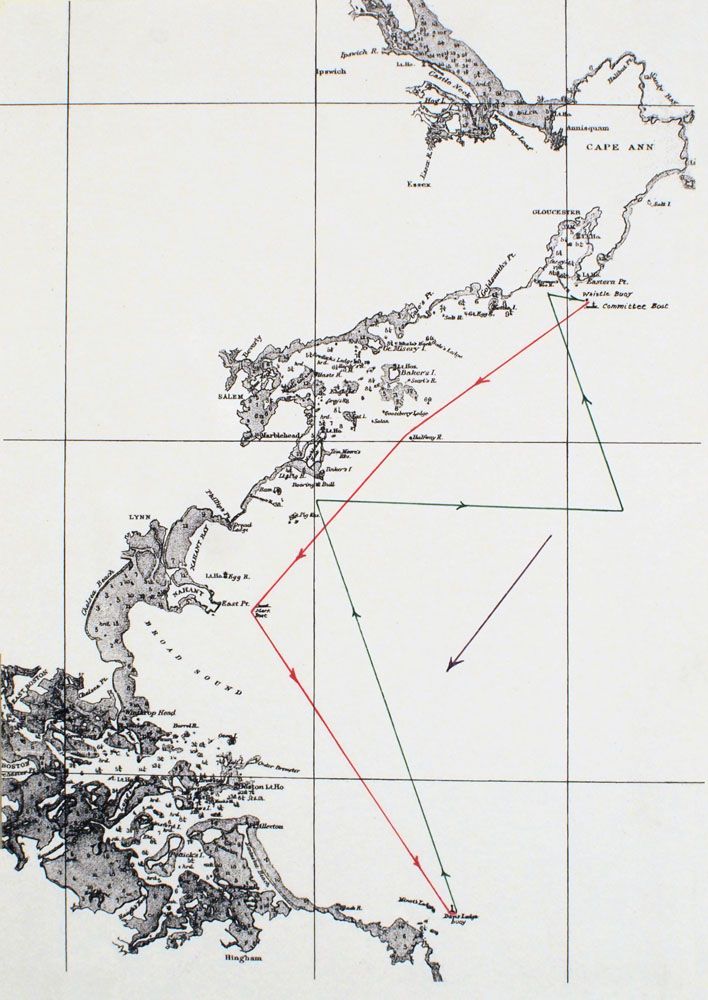 The leading position was held by several vessels at various times during the race. Among the large schooners, the Ethel B. Jacobs led to the Nahant mark, but broke her main gaff when jibing. The lead was then taken by the Joseph Rowe, which lost it to the Harry L. Belden just before rounding the Davis Ledge buoy. The Belden held the lead to the finish line, thus winning the Hovey Cup and inspiring a fisherman to declare: “Maurice (Whalen, skipper) wins, he to his neck in water! The Harry Belden wins, the able Harry Belden, sailin’ across the line on her side an’ her crew sittin’ out on her keel!”

In the small schooner class, the Lottie S. Haskins maintained her lead over the Caviare and the Elsie F. Rowe to win a silver cup.

1892 was also the year for the inauguration of the Columbian Exposition in Chicago (which didn’t open until 1893) and Gloucester businesses were hard at work preparing exhibits for the planned Fisheries Pavilion. Part of Gloucester’s exhibit was a diorama depicting fishing wharves, a marine railway, and examples of Cape Ann fishing vessels, past and present. Three of the fishing schooner models were of the Harry L. Belden, the Nannie C. Bohlin, and the Lottie S. Haskins. These, together with the wharf models, were acquired by the Cape Ann Museum in the 1920s, but not exhibited as a group until the 1980s. As part of the Museum’s 2014 renovations, the diorama has been reconfigured and placed on exhibit in the Cape Ann Gallery. 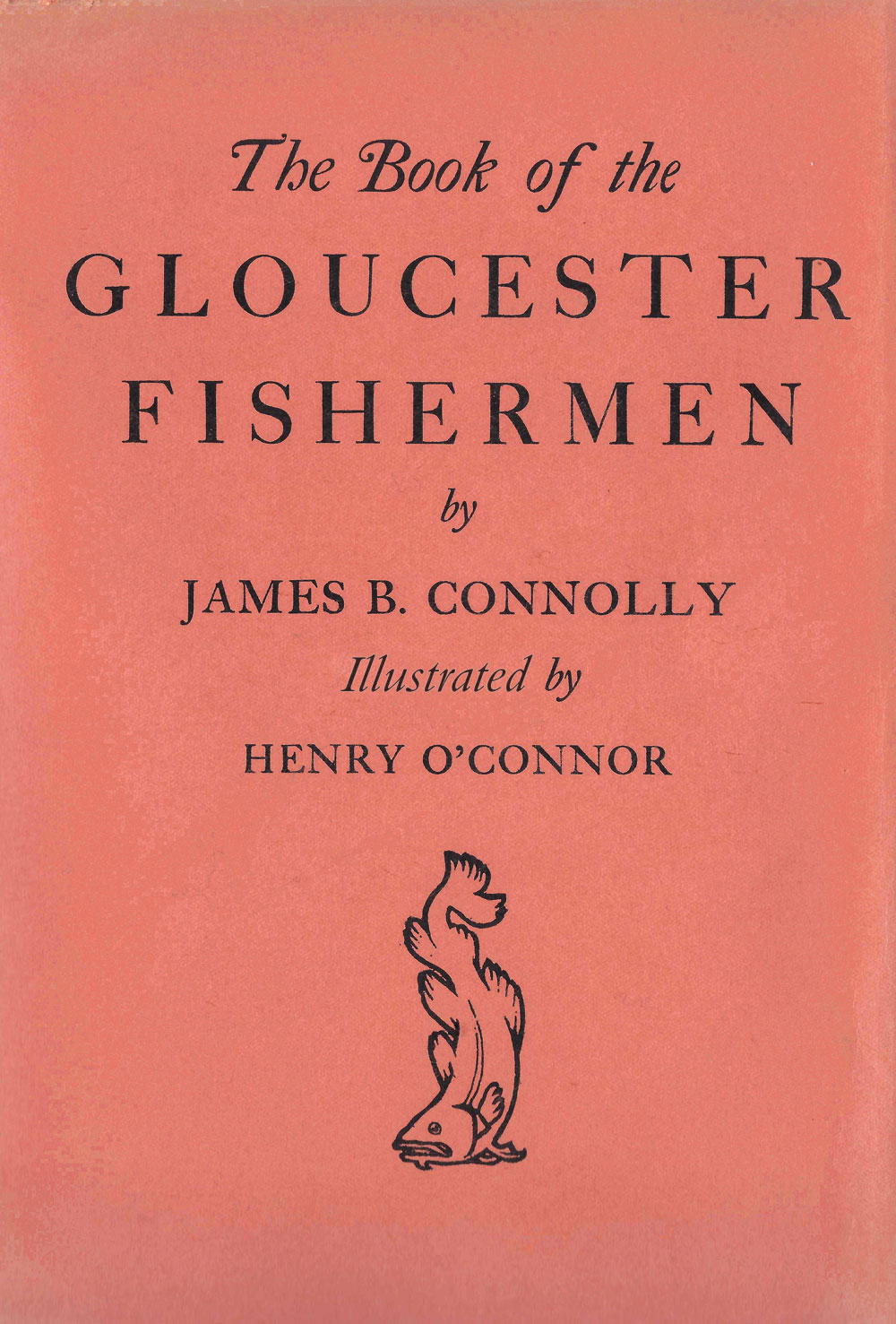 The Hovey Cup is on exhibit in the Cape Ann & the Sea Gallery, adjacent to Howard Blackburn’s sloop Great Republic, together with a map showing the Fishermen’s Race course and a shadow box depicting the mid-point of the race at the Davis Ledge buoy.