In this issue, we are featuring two videos that pertain to the history of food on Cape Ann, and not surprisingly, they are both connected to fish! The first records a program that commemorated the nationally recognized inventor and entrepreneur, Clarence Birdseye (1886–1956), and is introduced here by historian and Museum docent Maggie Rosa, who also wrote and presented the lecture in the video.

Clarence Birdseye, a man driven by curiosity, entrepreneurship and perfection
A naturalist and entrepreneur since childhood, Birdseye spent time in Labrador as a young man. There he observed that foods rapidly frozen in the Artic winters resulted in food that was tastier and had a more appealing appearance than food frozen at other times of the year. This is due to less cellular structural damage which affects taste, texture and appearance. 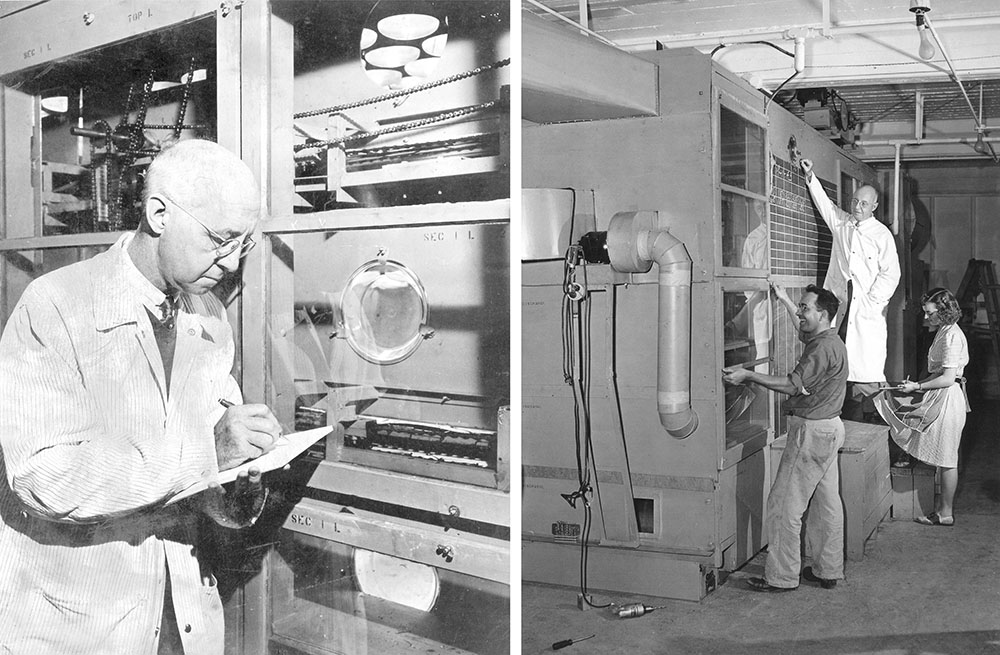 After returning the US he began his efforts to quickly freeze food on a commercial scale. In 1924, he moved to Gloucester and by 1926 he had developed a double-belt machine in which food was quickly frozen at very low temperatures in packages that could be directly sold to the consumer.

To create the market for these goods he collaborated with others to harvest food in peak condition, the refrigerated railroad boxcars, the freezers in stores and the advertising. In so doing Birdseye’s process and business acumen improved the diet of the industrialized world by making the freshest frozen foods available year-round.

After selling his company General Seafood Corporation in 1929, to Postum, Inc., (which became General Foods Corporation) Birdseye continued to improve the quick-freezing process as well as inventing methods for preparing dehydrated foods. His other inventions included electric lamps and a method for the manufacture of paper from bagasse, the sugarcane residue which to this day is used for each of the four main paper categories, namely packaging, cardboard, printing, tissues and newsprint.

The Man Who Brought Fresh Halibut to America's Dining Table
The second video records a lecture by historian and author Robert E. Viator, who relates the story of six generations of the Wonson family of Gloucester. Among their several innovations were devising a method to anchor and fish for halibut on Georges Bank and developing floating fish tanks that enabled schooners to bring live, fresh halibut back to the Boston and New York markets.

The Cape Ann Museum has several objects relating to the Wonson family in its collection, including a daguerreotype from the 1850s and a c. 1846 painting, The Wonson Twins by Moses B. Russell.