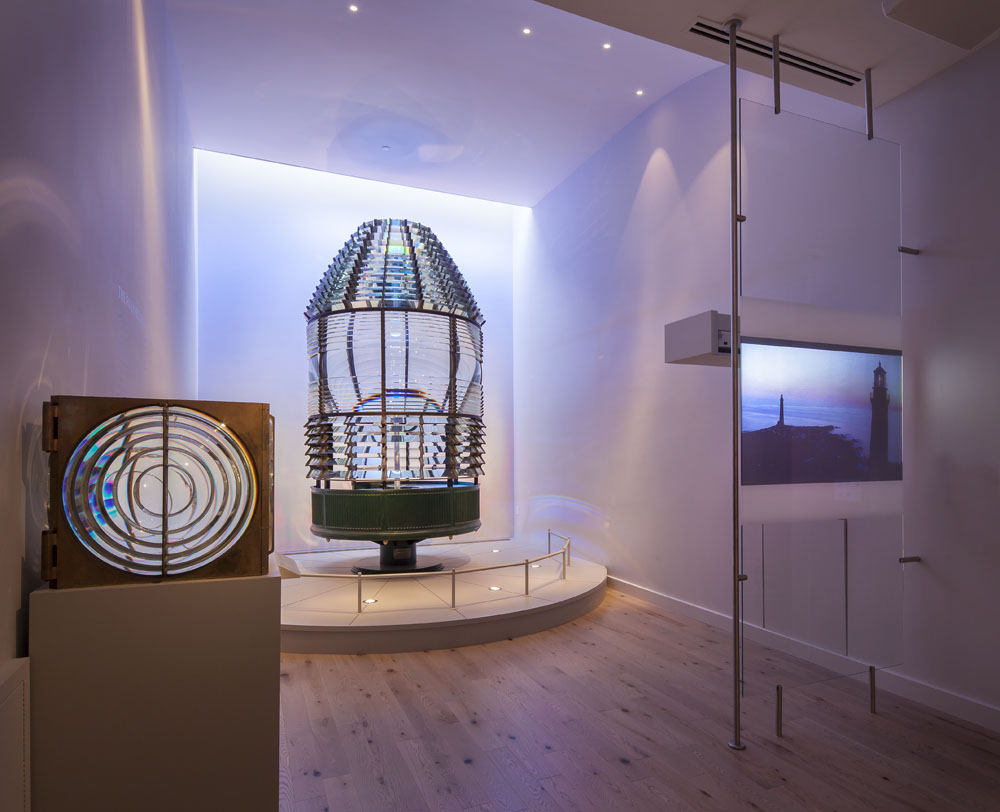 In 2013, a collaborative effort by the Cape Ann Museum and the Thacher Island Association succeeded in bringing this First Order Fresnel lens, once housed in Thacher Island’s South tower, back to Cape Ann.

One of two lenses installed on the Island in 1861, this particular one had been at the United States Coast Guard Academy Museum in New London, Connecticut, since the early 1980s when the Cape Ann Light Station at Thacher Island was decommissioned. In 2011, the lens was dismantled and placed in storage at the Coast Guard’s curatorial services center in Forestville, Maryland. As the Coast Guard had no plans to exhibit the lens again, they offered to return it to its original home on Cape Ann.

The Fresnel lens was invented in the early 1820s by French physicist Augustine-Jean Fresnel. His design concentrated light to cast a beam which could be seen at a much greater distance than other lenses of that era. On Thacher Island this meant the light could be seen 22 miles at sea, triple the distance of earlier apparatus. It was built in Paris, France, in 1860, installed on Thacher Island the following year and served as a beacon for mariners for over 120 years. It was originally lit by rape seed oil, then by lard oil and eventually by kerosene (mineral oil). It was electrified in 1932 and ultimately removed by the Coast Guard in 1980. The shining lens stands 10 feet tall and 6 feet in diameter and is comprised of 290 glass prisms set in a bronze frame. It weighs just over a ton.

First Order Fresnel lenses are extremely rare. There are only 39 in the country, three of which are in New England. The only other one in Massachusetts is at the Martha’s Vineyard Museum in Edgartown.

From Cape Ann Museum on VIMEO

The Return of the Thacher Island Lens