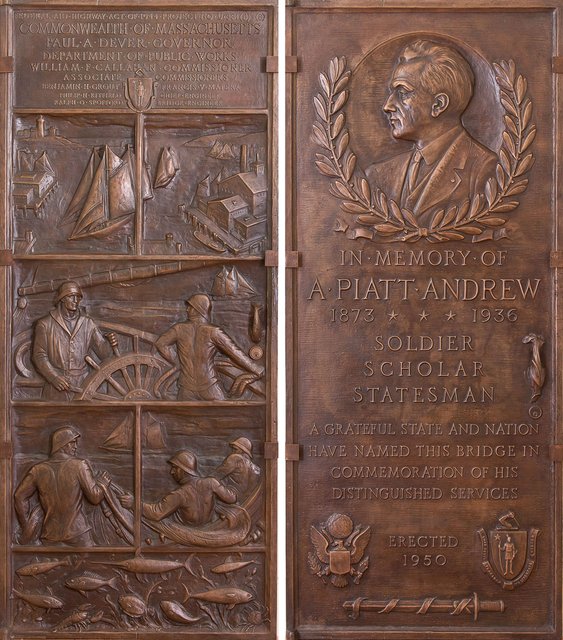 Two of four bronze doors from the granite faced pylons on top of the A. Piatt Andrew Bridge which brings Route 128 over the Annisquam River and into Gloucester were displayed at the Cape Ann Museum in 2015. The doors were removed from the bridge in late 2014 for much needed conservation work; this was the first time in over half a century that the public was able to view the doors up-close.

Designed by sculptor John F. Paramino (1889–1956), the doors were cast at the T. F. McGann & Sons foundry in Boston in 1950. One honors the bridge’s namesake, A. Piatt Andrew (1873–1936), founder of the American Field Service, a U.S. Congressman from this district, director of the U.S. Mint and a long-time Gloucester resident. The second door celebrates the history of Cape Ann and in particular the fishing industry. John Paramino was born in Boston in 1889 to immigrant parents and studied modeling at the North Bennet Street School. He continued his studies under Augustus Saint-Gaudens and Bela Pratt and by 1916 had his own studio in Boston. Examples of Paramino’s public sculptures are scattered across Boston and include The Founders Memorial (1930) and the World War II Memorial in the Fenway (1947–1948).

Route 128, officially known as the Yankee Division Highway, was built between 1936 and 1958 on its current alignment as a bypass route around Boston. It was the first circumferential highway around a major U.S. city and now incorporates sections of I-93 and I-95. The A. Piatt Andrew Bridge is the crowning achievement of the decades-long Route 128 construction project and serves as a gateway to Cape Ann.

The project was a collaboration between the Massachusetts Department of Transportation, the City of Gloucester and the Gloucester Committee for the Arts, and the Cape Ann Museum. 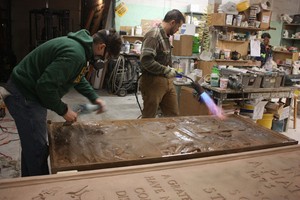 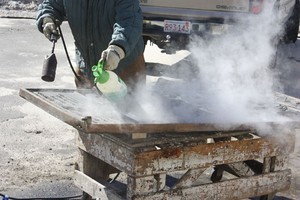 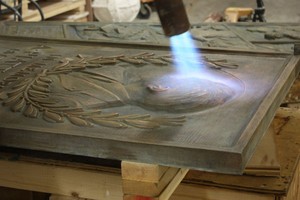 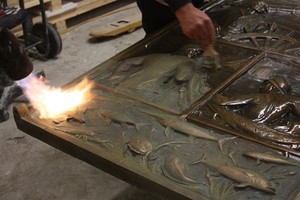 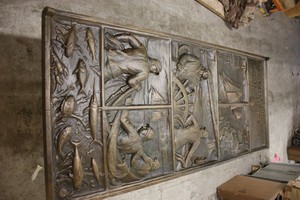 Conservation work being done on the Bridge Doors at Skylight Studios, March 2015.