Once Upon a Contest: Selections from "Cape Ann Reads" 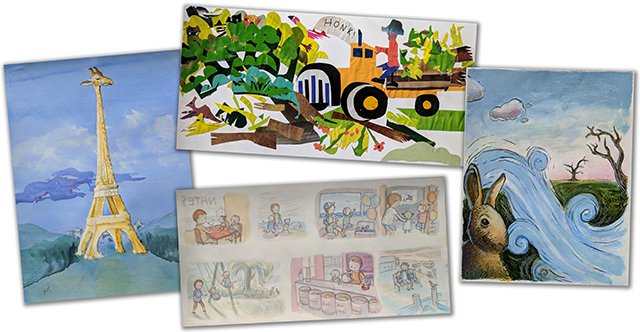 Once Upon a Contest highlights the award-winning local artists and writers and the art of children’s picture books on Cape Ann. The exhibition originated with the 2015 Cape Ann Reads initiative, which was hosted by Cape Ann's four public libraries—Sawyer Free Library in Gloucester, Manchester by the Sea Public Library, TOHP Burnham Public Library in Essex, and Rockport Public Library—to encourage and highlight community creativity, regional collaboration, and family literacy through a focus on children’s picture books. “A passion for writing literature and the arts is one thing that ties all four communities together making Cape Ann Reads a meaningful collaboration between our four libraries and the Cape Ann Museum,” explained Cindy Grove, Director of Rockport Public Library.

The works on view range from preliminary mock ups and unfinished pages to final published illustrations for original books. They cover diverse themes and points of view and provide glimpses into stories and methodologies. The exhibit was organized and circulated by curator, Catherine Ryan, with support from the Bruce J. Anderson Foundation.