Arranged by Choice: The Art of Ralph Coburn 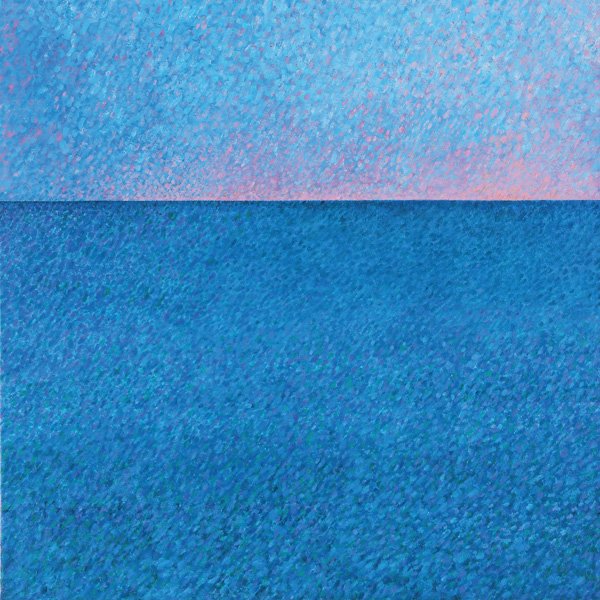 Writing in 1991, Barbara Swan referred to fellow artist and friend Ralph Coburn as “one of the best kept secrets on Cape Ann … a very distinguished private artist.” Today, 20-plus years later, Coburn remains one of the region’s most prominent artists, still hard at work as he nears the age of 90, still one of Cape Ann’s best kept secrets. Many will know of Ralph Coburn from his work Blue, White, Green, installed in the new American Wing at the Museum of Fine Arts, Boston. With the exhibition Arranged by Choice, viewers will have the opportunity to know him better, to explore how his work has been influenced by his years on Cape Ann and by the company of artists he spent time with in and around his Folly Cove home.

Ralph Coburn was born in Minneapolis in 1923 and spent his childhood in Miami Beach, Florida. When asked what influenced his decision to become involved in the arts, Coburn remembered that, growing up in what was essentially the Art Deco capital of the world, he was inspired by all the building going on around him. “I would design houses just for the fun of it,” he remembered, “and thought that maybe I should be an architect.” At the age of 18, intent on doing just that, Coburn enrolled in the architectural program at the Massachusetts Institute of Technology. By 1946, after a stint in the Air Force working as a draftsman, Coburn left MIT and turned his attention to drawing and painting. Although his focus moved away from architecture, his underlying interest in the structure of things remained steadfast and to this day weaves an unmistakable thread throughout his artistic work.

In the years following the Second World War, Ralph Coburn immersed himself in Boston’s contemporary art scene first by means of a job at the Institute of Modern Art (now the Institute of Contemporary Art) and then through a position at Mirski Gallery which opened on Newbury Street in 1946. According to Coburn, Boris Mirski was a great believer in the young artists coming out of Boston’s art schools and enthusiastically exhibited their works. He also made teaching space available in his building and from 1946 to 1949 Coburn was one of many artists who benefited from the instruction of Carl Nelson, Esther Geller, John Wilson, Barbara Swan and others at Mirski’s gallery. In 1947, Coburn made the first of four extended trips to Paris, sojourns which expanded his horizons and had important and sustained effects on his art. Meeting up with artist friends from Boston, Coburn visited museums, galleries and the studios of some of the Europe’s most avant-garde artists including that of Jean Arp. Inspired by the work he saw, and particularly Arp’s, Coburn began experimenting with color and with chance-related compositions. While he explored notions of “automatic” drawing or drawing by chance, Coburn maintained a degree of control over his compositions, often relying on a grid penciled on the paper or the canvas. The grid gave structure to his work or, at the very least, the sense that order could be achieved if so desired. Coburn referred to his work as “arranged by choice,” rather than simply by chance.

It was during these post-war years that Ralph Coburn, along with many other young Boston artists discovered Cape Ann. Drawn in all likelihood by Barbara Swan (whose ancestors on both her mother’s side and her father’s went back generations on Cape Ann), they came out from the city by train, often bringing their bicycles. Coburn remembers that one summer (perhaps 1947) Swan took a studio on Bearskin Neck in Rockport and invited her Boston artist friends to join her in exhibiting their works. Many of these men and women maintained ties with the area in years to come, including Coburn who returned regularly and in 1975 purchased the old barn on Washington Street in Folly Cove that had been home to the Folly Cove Designers. Since that time, the space with its north facing window looking out towards Folly Cove, has served as the artist’s summer home and studio, a gathering place for his family and friends.

Arranged by Choice opens on Saturday, November 10, 2012 and will remain on display through January 31, 2013. The exhibit will include works from private and public collections throughout the region. Karen Quinn, Kristin and Roger Servison Curator of Paintings Art of the Americas, at the MFA, Boston, will present a talk entitled "Chance, Choice—Ralph Coburn in Context" on Saturday, December 15, 2012.