Redefining Women: The Impact of the Revolution on Gender Ideology 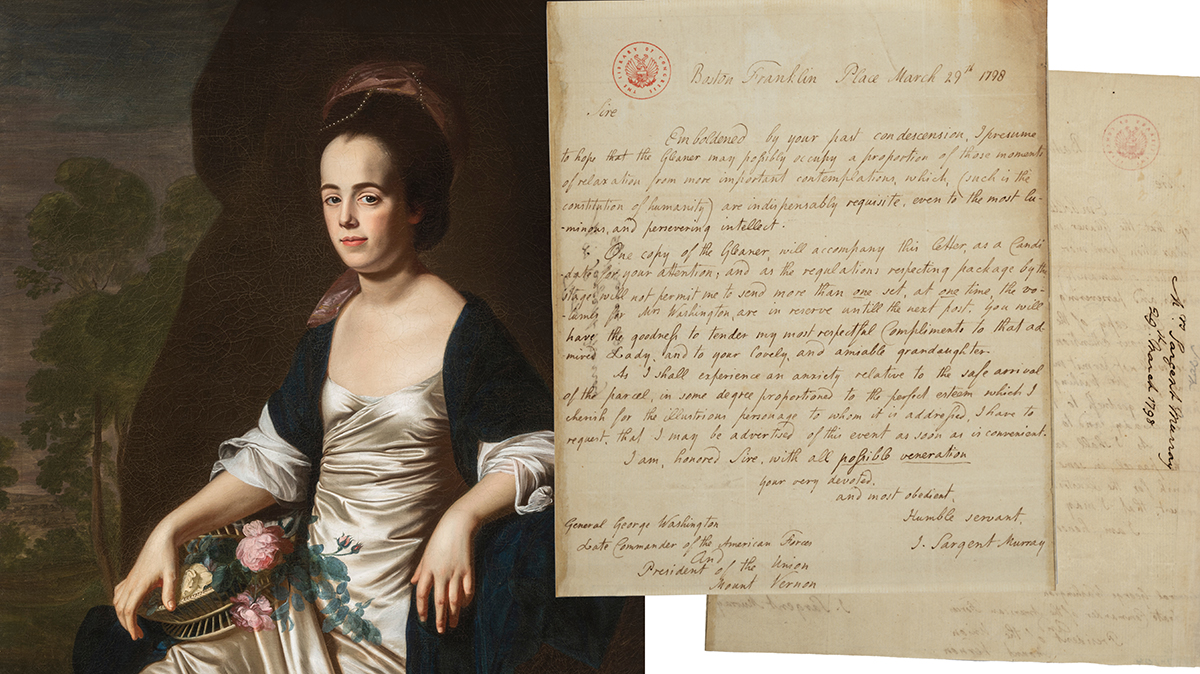 Colonial Society based its assumptions about women’s intellectual capacities, their nature, and their appropriate roles in society on three pillars: God, Nature, and Law and Custom. The American Revolution played a major role in challenging the gender ideology that resulted. The “woman question,” debated by intellectuals like Judith Sargent Murray, Benjamin Rush, and Susannah Rowson, led to a new paradigm for defining womanhood. In her lecture, Carol Berkin examines the impact of the Revolution on gender idealogy.

Following this presentation, Dr. Berkin will be joined by Professor Elizabeth Matelski for a conversation about women’s suffrage. While Judith Sargent Murray was not actively involved in the women's suffrage movement, the questions she posed and assumptions she challenged about equality between the sexes, particularly in the areas of education and intellectual capacity, were important in terms of laying the foundation for the suffrage movement as it unfolded during the first half of the nineteenth century. The discussion, with audience participation, will help us better understand perceptions of “voting” in the eighteenth century.

This program was made possible through a partnership with the Terra Foundation and the Sargent House Museum and is offered in conjunction with the special exhibition Our Souls Are by Nature Equal to Yours: The Legacy of Judith Sargent Murray, on display at the Cape Ann Museum through March 2020. Additional funding was received from Mass Humanities, which is supported by the Massachusetts Cultural Council and is an affiliate of the National Endowment for the Humanities.

Free and open to the public. Space is limited, reservations required. Reserve online at Eventbrite or call (978)283-0455 x10.

Carol Berkin is Presidential Professor of History, Emerita, of Baruch College & The Graduate Center, CUNY. She received her BA from Barnard College and her PhD from Columbia University where her dissertation received the Bancroft Award in 1972. She has written extensively on women’s history and on the American Revolution, the creation of the Constitution, and the politics of the early Republic. Her books include Jonathan Sewall: Odyssey of an American Loyalist (Columbia University Press), which was nominated for the Pulitzer Prize; co-editor of Women of America: A History (Houghton Mifflin & Company), the first published collection of original essays in American women’s history; First Generations: Women in Colonial America (Hill & Wang); A Brilliant Solution: Inventing the American Constitution (Harcourt), awarded the Colonial Dames of America Book Prize; Revolutionary Mothers: Women in the Struggle for American Independence (Knopf); Wondrous Beauty: The Life and Experiences of Elizabeth Patterson Bonaparte (Knopf) ; The Bill of Rights: The Struggle to Secure America’s Liberties (Simon and Schuster); and most recently, A Sovereign People: The Crises of the 1790s and the Birth of American Nationalism. She has appeared in over a dozen documentaries on colonial, revolutionary, and civil war history; given lectures on her specialties at major universities in the United States and England; and participated in faculty development across the country under the U.S. Department of Education’s Teaching American History Grant Program. She has directed summer institutes for The Gilder Lehrman Institute of American History, Mount Vernon, and the NEH. She has served on the board of the National Council for History Education, the Staten Island Historical Society, and the Society of American Historians and on the Scholars Board of the New-York Historical Society’s Center for the Study of American women. She is a frequent participant in the New York Historical Society’s lecture series and is also the editor of the Gilder Lehrman online journal, History Now. Her favorite pastime is doting on her three grandchildren, Talulla, Noa, and Asher.

Elizabeth Matelski is a Professor of History at Endicott College, Beverly, MA. She has a PhD in American History from Loyola University, Chicago. Her teaching interests include American pluralism, popular culture, and incorporating the digital humanities in the classroom. Most recently she created an interdisciplinary Public History concentration for Endicott's history majors. She is currently writing a book chapter on the history of global beauty culture and conducting research for a new book on American youth, fitness, and the federal government. Her research interests include nineteenth- and twentieth-century American history with an emphasis in women, gender, and sexuality, public history, popular culture, race, class, and urban history.