During the summer, enjoy free concerts in the Cape Ann Museum Courtyard at 27 Pleasant Street, Gloucester, on Thursdays from 5:00-7:00 pm. Offered as part of the city-wide Culture Splash, the Courtyard Concerts feature local and regional musicians whose music ranges from salsa to sea shanties, bluegrass to jazz, and reggae to folk.

Start with Tails & Tales: Story and Art at Sawyer Free Library at 3:00 pm 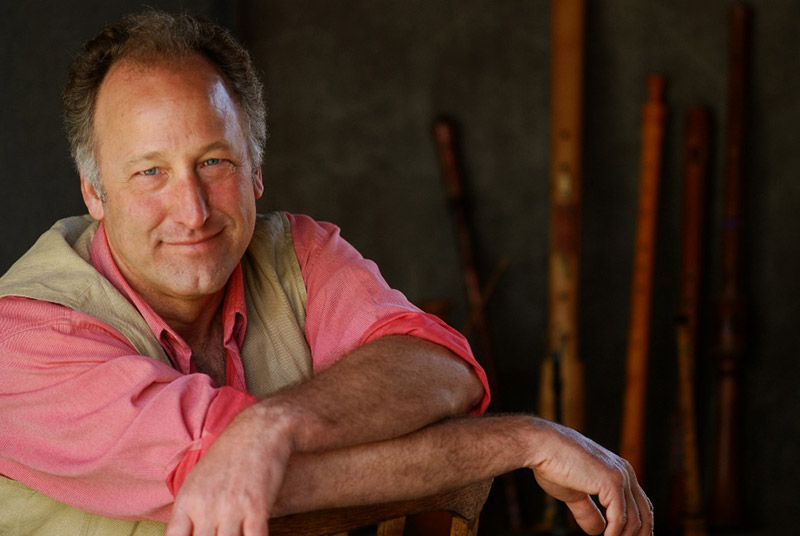 David Coffin has performed throughout New England since 1980. His venues range from concert halls and coffeehouses to schools, radio, and museums. Widely know for his rich baritone voice, his impressive collection of musical instruments includes concertinas, recorders, penny-whistles, bombards (loud Breton double reeds), gemshorns, cornamuse, shawm, rauschphieffe — or, as he explains, “generally anything that requires a lot of hot air.”

At the heart of David's work is traditional and contemporary folk music. He draws on vocal and instrumental music from North America as well as England, Scotland, Ireland and Brittany. David also has an extensive collection of songs from the Maritime tradition. Sea-chanteys, ballads and the songs of the sailors comprise his main repertoire, though he still will rise to an occasion to perform his favorite Baroque recorder sonatas.