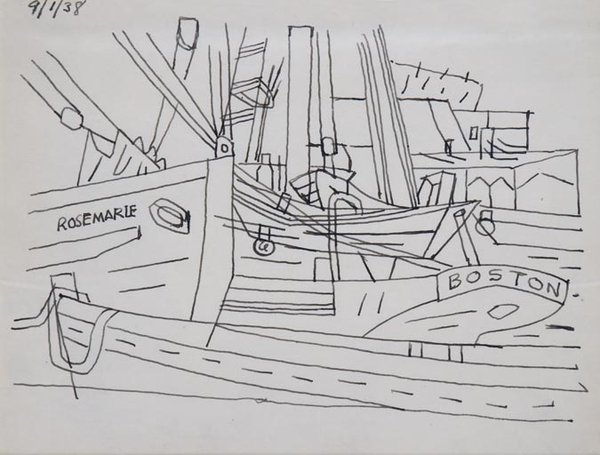 Stuart Davis grew strong roots on summer visits to Gloucester starting in 1915. The sketches he made during these visits — many of which are on display at the Cape Ann Museum — clearly influenced his later paintings. On this tour, you will look at three of his paintings from this period, and learn about how his sketches, drawings and paintings reflected his view of this place by the sea and also informed his later works. The tour will last approximately 35 to 45 minutes and takes place in the Museum galleries.