Ann Charters: Evidence of What Is Said

Offered in collaboration with the Gloucester Writers Center and the Charles Olson Society. Evidence of What Is Said is the complete correspondence between noted Beat Generation scholar and photographer Ann Charters and The Maximus Poems author Charles Olson. Free and open to the public. $10 suggested donation. 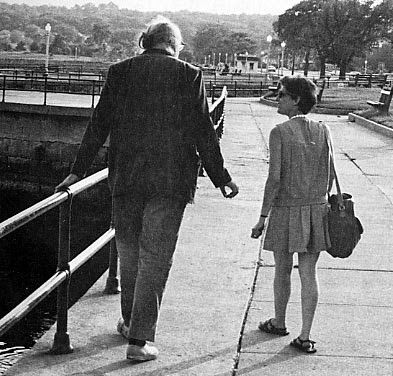 Ann Charters is the author of the first biography of Jack Kerouac, published in 1973, as well as a number of major studies of Beat literature and its personalities. She began taking photographs in 1958 on Andros Island in the Bahamas to document Samuel Charters' field recordings for Folkways Records. These photographs of musicians are featured in Blues Faces: A Portrait of the Blues (David Godine Books, 2000). Her photographs of Kerouac, Ginsberg, Kesey, and others are included in Beats & Company: Portrait of a Literary Generation (Doubleday, 1986). Her photo essay on Charles Olson in Gloucester was published in Olson/Melville: A Study in Affinity (Oyez, 1968). Her photos also illustrated Samuel Charters' The Poetry of the Blues (Oak Publications, 1963) and Songs of Sorrow: Lucy McKim Garrison and Slave Songs of the United States (University Press of Mississippi, 2015). Ann Charters' photo essay featuring the Nobel Prize-winning poet Tomas Tranströmer is included in Samuel Charters' translation of Tranströmer's BALTICS, published by Tavern Books in 2012.

Charles Olson was born in 1910 in Worcester, Massachusetts. His first book, Call Me Ishmael, published in 1947, is a case study of Herman Melville's Moby-Dick. Olson was an essayist, poet, scholar, and avid letter writer. He was a professor who also taught at universities ranging from Clark to Harvard to Black Mountain College. His influence in the 1950s and 1960s was expansive in many fields of thought. He died in New York in 1970 while completing his masterpiece, The Maximus Poems.