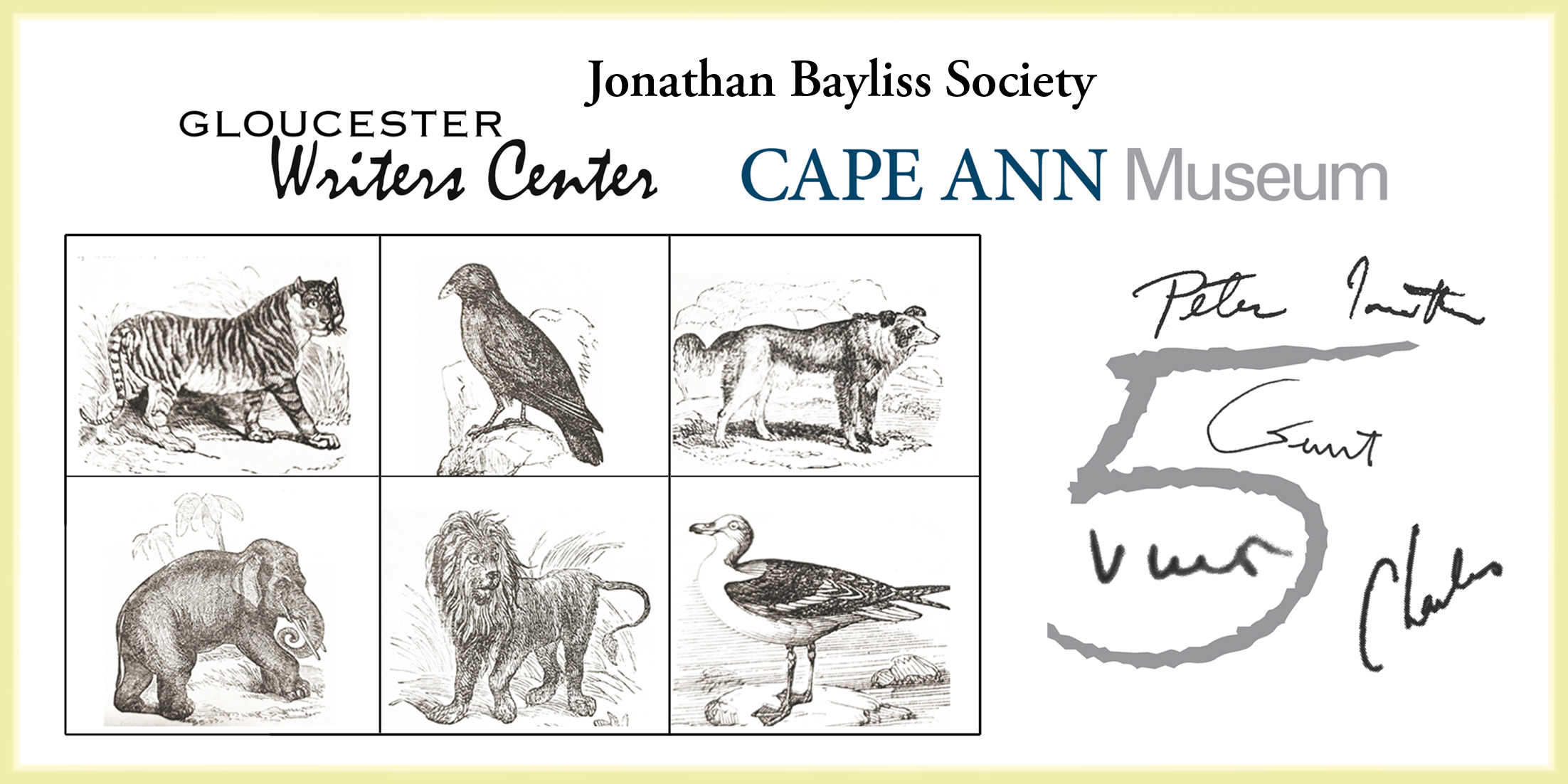 The Cape Ann Museum, Gloucester Writers Center, and Jonathan Bayliss Society invite you to join two one-hour online sessions featuring readings from 20th-century Gloucester writers. The program, which will be conducted through Zoom, is free and open to the public.

Registrants will be emailed a PDF program including information about the writers and presenters as well as Zoom details.

From Cats to Seagulls: A Bayliss Bestiary

Readers from across the U.S. as well as England and France will read passages from the novels of Gloucester writer Jonathan Bayliss about cats, crows, dogs, elephants, lions, and seagulls. The readers—George Angell, Jeff Gardiner, Marcella Henderson-Peal, Mark Kurlansky, Martha Oaks and Kevin Taylor—will be introduced by Gloucester native Liz Sibley Fletcher. 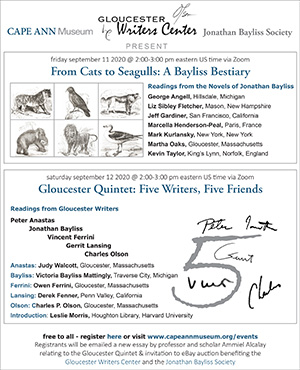