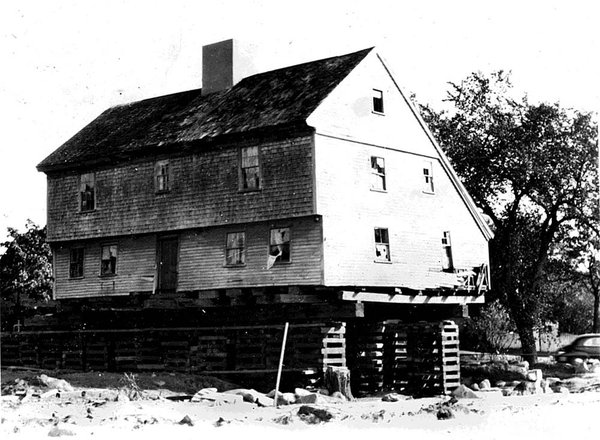 In 1947, the White-Ellery House was lifted off its original foundation and moved out of the way of the Yankee Division Highway (Route 128), which was then under construction. The house was moved approximately 100 yards, shifted to face southwest rather than south as it was built, and set down in its current location. This photograph from the Archives of the Cape Ann Museum shows the house in the process of being moved. Remarkably, the huge central chimney was left intact and moved along with the rest of the structure.