Ruin by a Stream 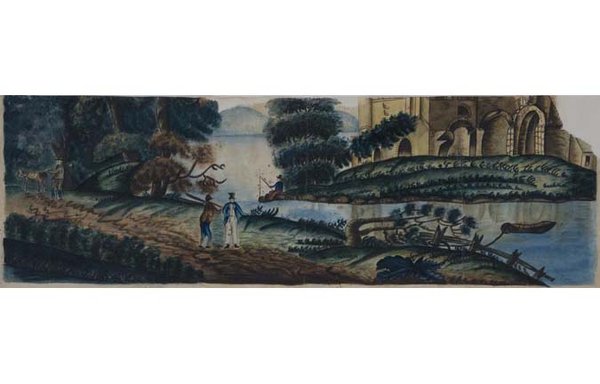 Ruin by a Stream

Ruin by a Stream, one of the earliest known paintings by a woman in the collection of the Cape Ann Museum, dates to the late 1790s and is most accurately referred to as "schoolgirl art." The small watercolor was given to the Museum by the estate of Alfred Mansfield Brooks who first became involved in the organization in 1937 and went on to serve for many years as its president and curator. Brooks was a scholarly man with a broad vision of what was historically important. He was also related to many of Cape Ann's oldest families and caretaker of their most treasured possessions. Ruin by a Stream displays little sense of depth or reality and the figures are highly stylized and out of scale. However, there is an endearing quality about the work that has made it a prized possession of the Museum, and before that of its original owners, for over 200 years.