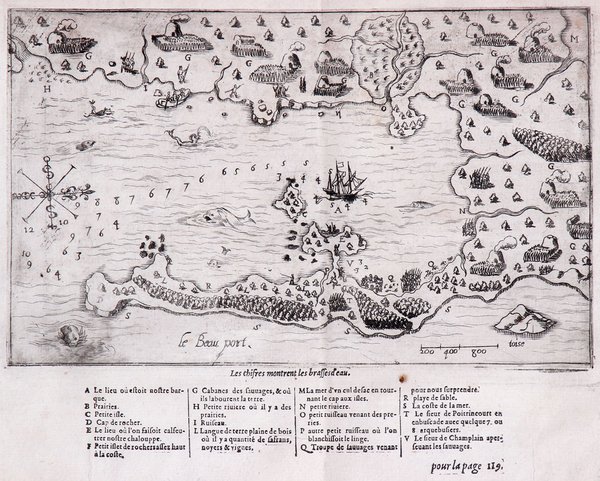 Early European explorers made numerous visits to the Eastern seaboard of North America during the early 1600s, including the Frenchman Samuel de Champlain, who explored the shoreline of Cape Ann in 1605 and again in 1606. Champlain’s account of his visit, including his encounter with Native Americans at what we now know as Rocky Neck and his map of Gloucester Harbor, Le Beauport, stand among the earliest known printed records of our past.