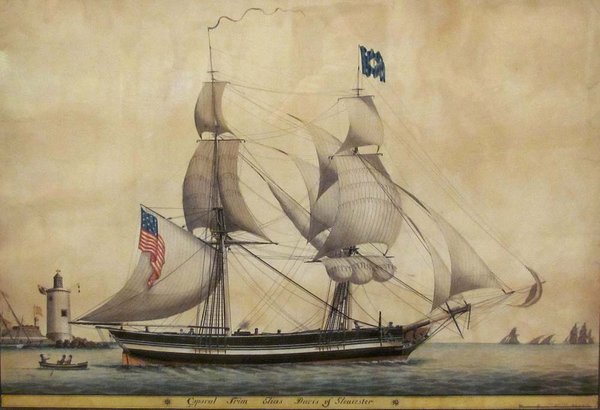 The Corporal Trim was built in Newbury in 1806 for Gloucester merchants Fitz W. Sargent and Benjamin K. Hough. Davis became the third owner of the ship and its captain in 1815. In 1821, the year of his father's death, Davis's son Francis Haskell Davis inherited his father's share and replaced him as captain.

Sea captains often had portraits of their ships painted in foreign ports as souvenirs. Joseph-Ange Antoine Roux's family owned a nautical supply shop in Marseilles. English sea captains, who dominated the trade there, first encouraged Roux to paint their ship's portraits in the late 18th century. Roux eventually became known as the best ship portrait painter in the Mediterranean.