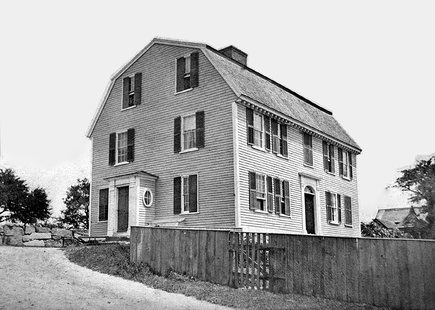 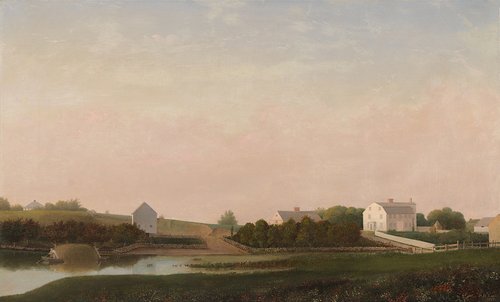 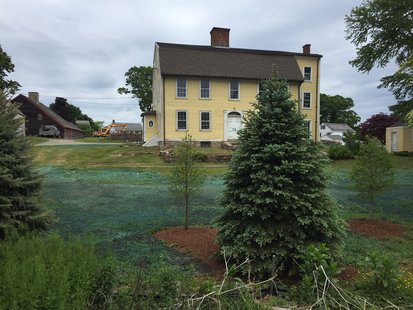 The Babson-Alling House (c.1740) was acquired by the Cape Ann Museum in 2019, having been in private ownership since its construction. While just 50 years separate it from the nearby White-Ellery House, the Babson-Alling House exhibits a sense of refinement within its rooms that is absent in the earlier structure. Writing in the Pencil Points architectural monograph series in October 1934, Stuart Bartlett heralded the Babson-Alling House for having “one of the most beautiful all-paneled rooms in the State (and one of the two still remaining upon Cape Ann!) with a most interesting staircase.” With its distinctive gambrel-roof and yellow clapboard-clad exterior, the Babson-Alling House has long been a landmark for those entering Gloucester and Cape Ann.

The House was first owned by the Allen family and during the early 1800s came into ownership of the Babsons. Early members of the Babson family were engaged in mercantile pursuits. However, by the mid-19th century they were making their living as farmers, maintaining gardens in front of their home and grazing and haying fields behind it. By the end of the Civil War, several members of the family left Cape Ann, headed for California and the promise of new opportunities. Among them were Maria Babson and her sister Emma (Babson) Friend. When they left Gloucester around 1864 they took with them oil paintings done by Fitz Henry Lane capturing their homestead on canvas. 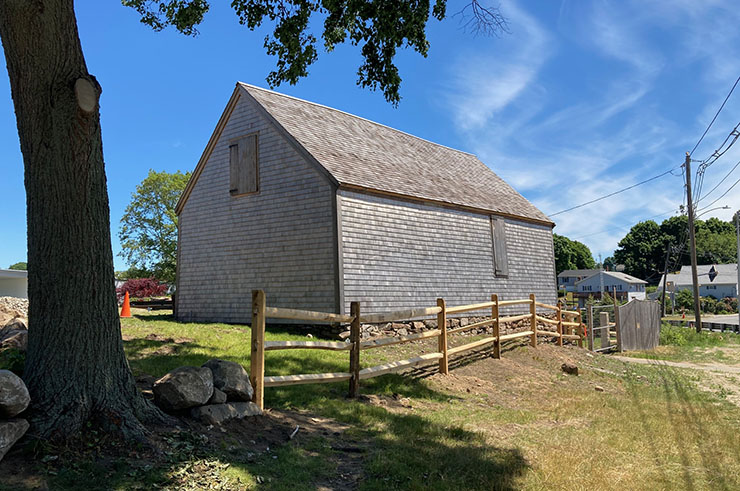 Located between the White-Ellery and the Babson-Alling House is a three-bay barn, also owned by the Cape Ann Museum. Like the Babson-Alling House, the structure sits on its original foundation. Its frame is made of wood that was readily available in the area during Colonial times: hemlock, oak and eastern white pine. The frame was joined using techniques brought over from England by early settlers.

For a look back at the Babson House and family, as it was recalled by Elizabeth Alling, Joseph Garland, and Carrie Benham, listen to this Oral History recorded on March 24, 1976.