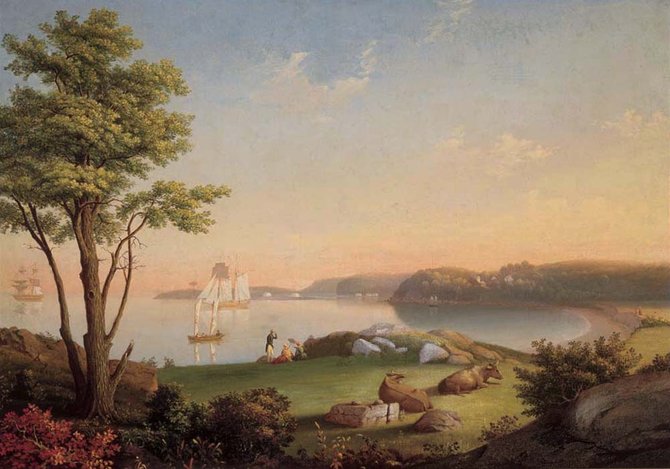 In recent years, Mary Blood Mellen has emerged as one of the most talented women artists to work in the area in the years immediately preceding the Civil War. The Cape Ann Museum received its first work by her in 1932, a bequest of Miss Catalina Davis, one of the organization's early supporters. In coming decades, three additional works by Mellen would be added to the Museum's holdings, including Field Beach, Stage Fort Park, providing a sizeable enough body of work to truly appreciate the depth of her skills.

Mary Blood Mellen was born in Vermont in 1819 and raised in Sterling, Massachusetts. History tells us that she attended a girls’ academy as a young woman where she studied painting in watercolor. In 1840, she married Universalist minister Charles W. Mellen. In 1855, Charles Mellen’s brother, William R. G. Mellen, who was also a Universalist minister, took up the pulpit in Gloucester and it is assumed that this family connection brought Mary Mellen to Cape Ann and into Lane’s world. 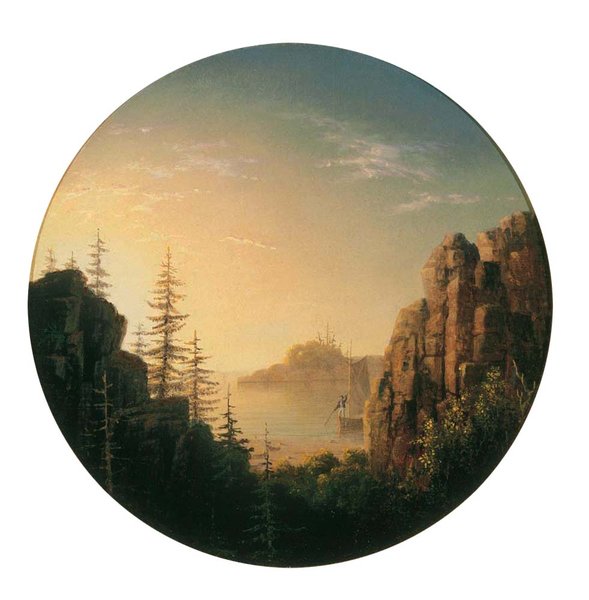 There is no evidence that Mary Blood Mellon was formally apprenticed to Lane, however, his early years spent working in various lithography workshops would have impressed upon him the value of such arrangements – for both the master and the student. By the mid-1850s, it appears Mellen was working alongside Lane, who seems to have given her free access to his drawings and even, at times, to his canvases to make copies. There is only one known work signed by both Lane and Mellen, Coast of Maine, though there is stylistic evidence that she may have worked on several his paintings, not uncommon in an artist-apprentice relationship. While many paintings thought to have been done by Mellen are strongly reminiscent of Lane’s, she had her own distinct palette and preferred methods of building out and enhancing her compositions. Comparing Lane’s work and those attributed to Mellen allows us to see the subtle differences between the two artists.

Mary Blood Mellen is often referred to as a “copyist” and it is unknown whether she would have approved of that term. It does seem clear, however, that the access Fitz Henry Lane gave her to his work tells us that he saw nothing derogatory in it and that he respected her work as an artist.