The book History of Writers on Cape Ann has yet to be written, but this week in CAM Connects we take a glimpse at the rich history of authors, poets, and essayists who have experienced life and found inspiration on Cape Ann. The CAM Video Vault is full of lectures by and about writers with ties to Cape Ann. From the late Peter Anastas to a portrayal of the author of Little Women, Louisa May Alcott, here’s a look at just a few:

Offered in conjunction with the exhibition Four Winds: The Arts and Letters of Rocky Neck in the 1950s, this gallery talk by noted Gloucester literary figures Peter Anastas and David Rich lends biographical context to the work of Vincent Ferrini (1913–2007), a poet who lived and worked in Gloucester for sixty years. Ferrini moved to Rocky Neck in 1948 and soon became an integral part of the art culture there in the 1950s, an environment that thrived on sharing and exploring new means of expression for both artistic and political conceptions. In their discussion, Anastas and Rich highlight the pivotal role that this charged atmosphere played in Ferrini’s literary development.

Learn more about Rocky Neck in the 1950s with this gallery guide for the Four Winds exhibition.

Marsden Hartley: The Painter as Poet 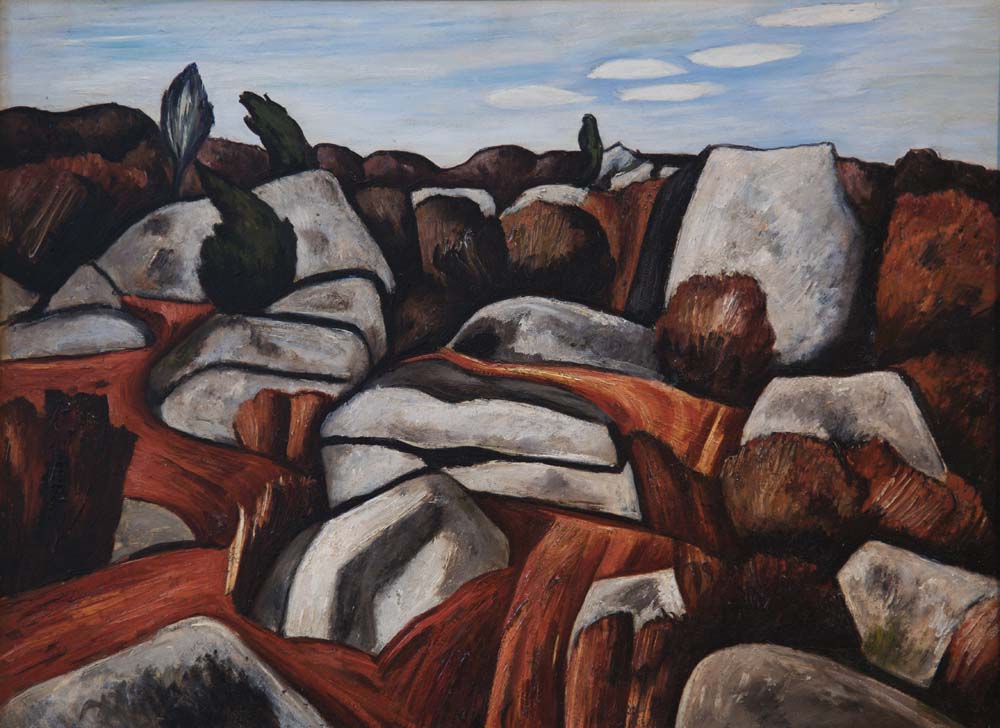 In the lecture Marsden Hartley: The Painter as Poet, Gloucester author Peter Anastas applies his literary perspective to modernist painter Marsden Hartley (1877–1943), who was also a published writer, and the influential period of time Hartley spent visiting Gloucester in the 1920s and '30s. Drawn in particular to the remote area of Cape Ann known as Dogtown Common, Hartley found rejuvenating inspiration in the unique rocks and vegetation there, a setting that he characterized as "a weird stretch of land." Anastas provides ample evidence for his assertion that Hartley should be regarded as equally significant for both his paintings and his poetry.

The Last Days of Dogtown

While Marsden Hartley drew inspiration from the monumental forms of Dogtown Common, contemporary author Anita Diamant focused on the people that lived in isolation there in the early 1800s for her novel The Last Days of Dogtown. In regard to her historical fiction, Diamant speaks about her interest in investigating the under-told stories and marginalized individuals that are often left out of conventional records of history. With little more than a pamphlet published in 1896 for guidance, Diamant describes how Dogtown became her catalyst to explore the cultural gulf that can be amplified by geographic separation.

A Visit with Louisa May Alcott: Living History

Step back into the time of Louisa May Alcott (1832–1888) and her visit to the Fairview Inn on Eastern Point in 1868 with this living history portrayal of the author by character actor Jan Turnquist, the Executive Director of Orchard House in Concord, Mass. Along with several other writers of her day, Alcott travelled to Rocky Neck often and maintained friendships in the area. While providing background details on the groundbreaking novel Little Women as well as humorous anecdotes about Alcott’s life, Turnquist captures the progressive spirit and unique personality of this fascinating literary icon.