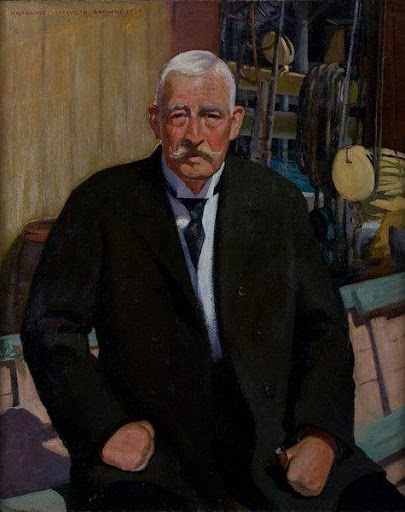 Howard Blackburn (1859–1932) is best known for his heroic survival of a winter storm in which he froze his hands to his oars and rowed for days in his dory to reach the coast of Newfoundland. Perhaps his battle with the temperamental sea prepared him for the fickle force of Gloucester’s politics concerning the sale of alcohol.

Upon his valiant return to Gloucester in 1883 after this harrowing event, Blackburn rented a vacant store on Main St. and sold tobacco, cigars, and other small items. Realizing that alcohol was a far more profitable commodity, he turned his attention towards obtaining a liquor license. For years, Gloucester voted back and forth on the issue of temperance. When Blackburn first opened his store in October of 1883, the city happened to be wet, but that December it voted to be dry. The tides turned again in 1884, and in April of 1885 Blackburn applied for a license. Politics proved to be more complicated than just a vote, however, and the City Council tabled the liquor applications that year.

Without a license, Blackburn had to deal with zealous figures like Mayor John Parsons and Marshal George Douglass who sought out establishments illegally selling “firewater” during both wet and dry years. In April of 1886 and January of 1887 suspicious parties found bottles of alcohol in Blackburn’s backroom and he consequently had to pay fines in court. It wasn’t until Blackburn applied for a liquor license for a third time in April of 1888 that he was finally and legally in business as a saloonkeeper… until December when Gloucester voted dry yet again.

Undaunted and optimistic, in August of 1889 Blackburn bought the property that he had been renting for his store. This optimism was followed by a season of six wet years in the 1890s in which Blackburn’s saloon really took off. Author Joe Garland offers this colorful description of Blackburn’s tavern at that time:

“Among nautical men Blackburn’s was one of the best-known saloons on the North Atlantic seaboard, a favorite hangout for fishermen from Newfoundland to New York whenever they touched at Gloucester. The proprietor was generally behind the bar from the hour it opened in the morning until closing time late at night. Business would increase as the day wore on, and by the late afternoon and evening the saloon presented a picture that has remained one of the nostalgic symbols of the era—the long mahogany bar crowded elbow to elbow with roughly dressed fishermen, shifting their feet in the fresh sawdust on the floor; the glistening brass spittoons; the famous paintings on the wall, darkly ominous beyond the smoke-dimmed glow of the gas lights—all of it presided by the commanding figure of the owner with his neatly parted hair and handlebar mustache. He stood behind the bar, cigar clenched in the thumb stub of one hand, the other crooked on his hip.” 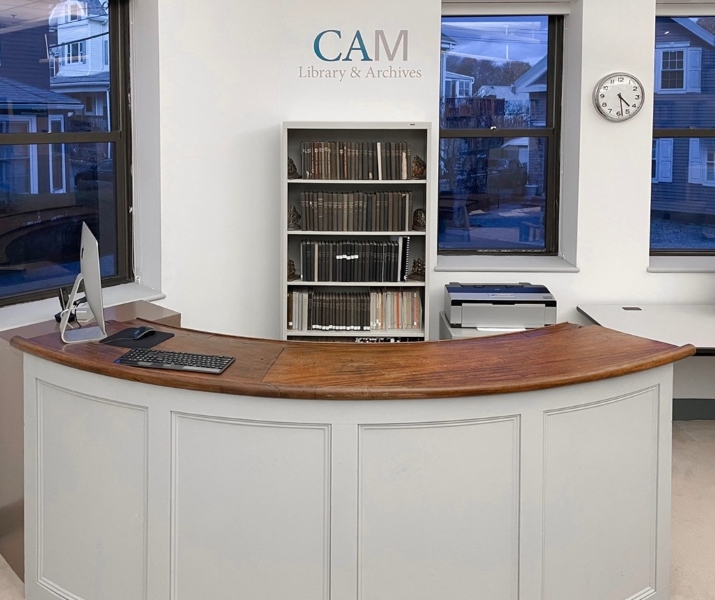 Stop by the CAM Library & Archives to imagine yourself in this scene by standing at a portion of Blackburn’s original mahogany bar top, now the witness of stories recorded in books instead of yarns spun among fishermen.

Read on about Blackburn’s experience getting tossed in the waves of temperance for nearly forty years, culminating in 1924 during the case of U.S. versus Howard Blackburn, in Joe Garland’s book, Lone Voyager.