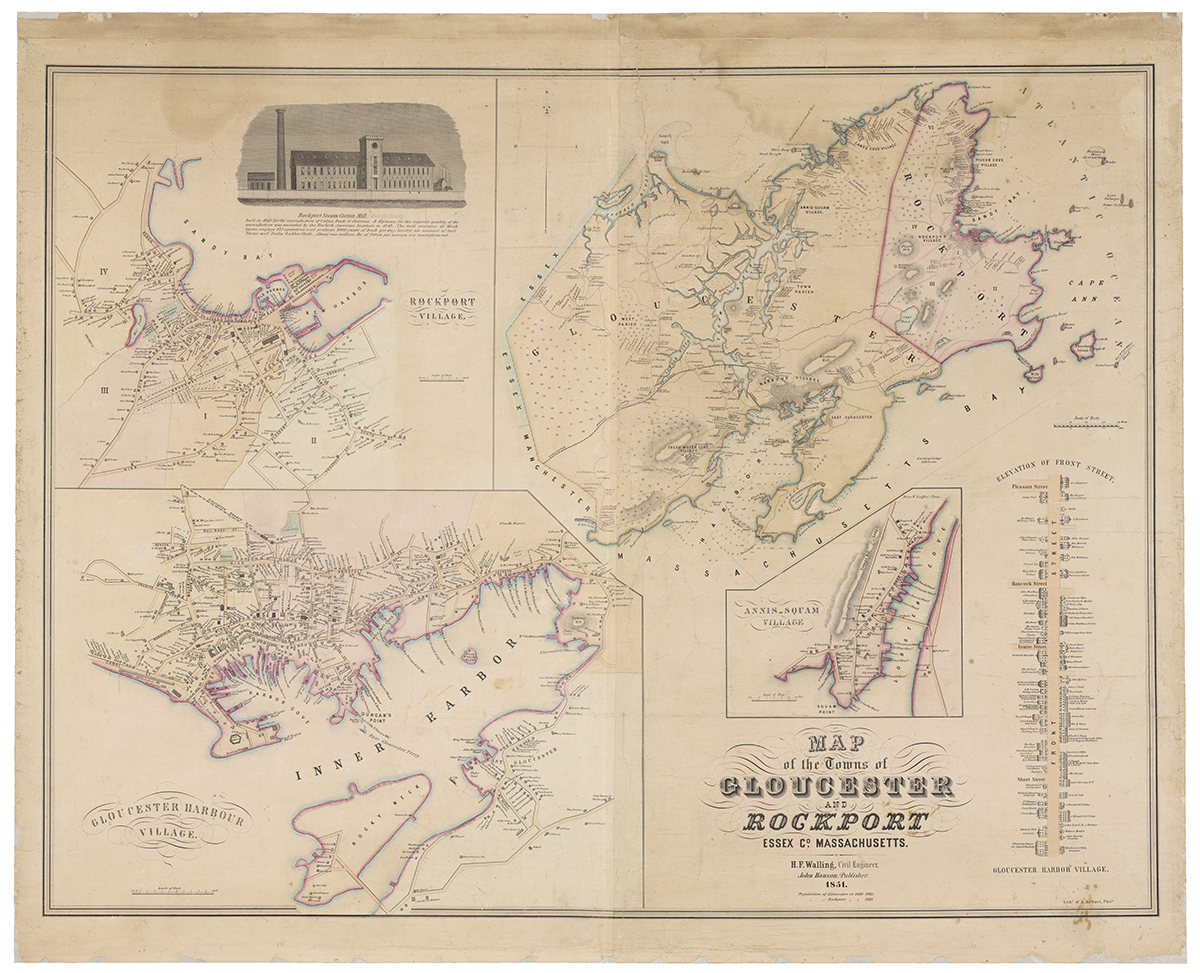 1851 Walling Map of Gloucester and Rockport, created by Henry Francis Walling (1825–1888). Collection of the Cape Ann Museum Library & Archives. The conservation of this map was partially funded through a grant from the City of Gloucester Community Preservation Act.

The 1851 Walling Map was created by Henry Francis Walling (1825–1888). Walling began his map-making career as an assistant surveyor for the town of Providence, RI. He later moved to New York and then to Boston where he started his own cartography business. Through contracts with town and county officials Walling eventually published over 400 maps — 20 state and province maps, 280 county maps and over 100 town and city maps like this one.